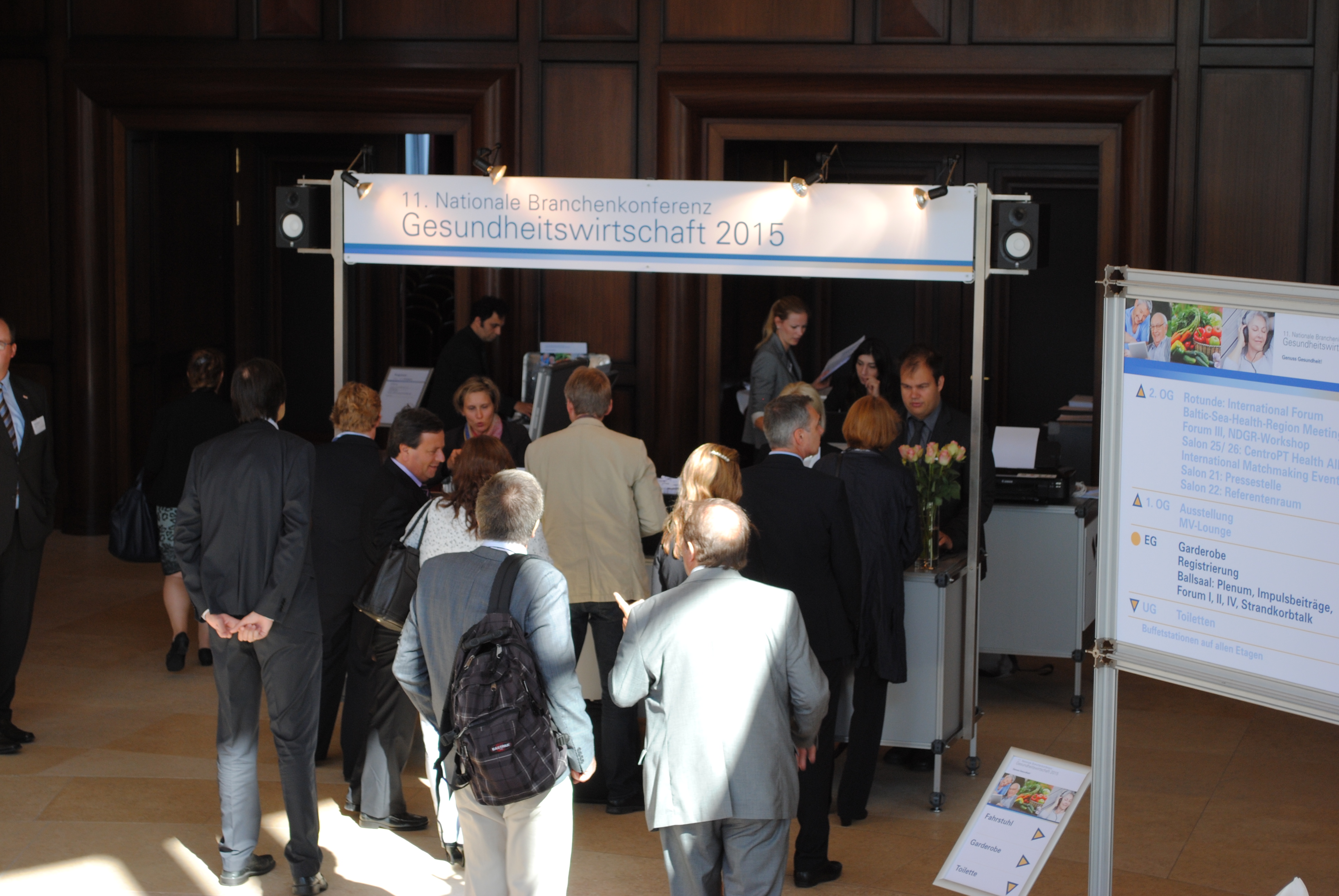 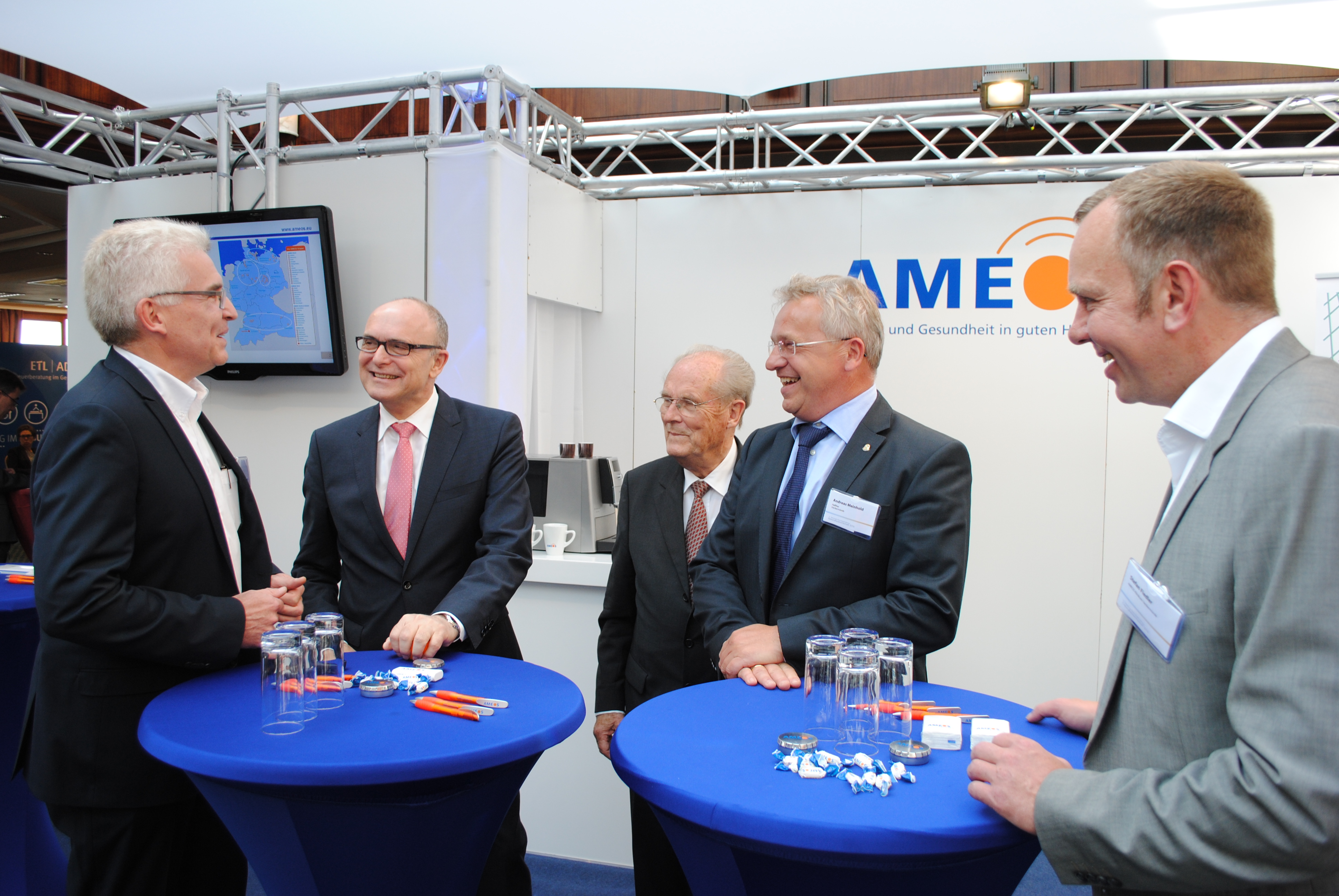 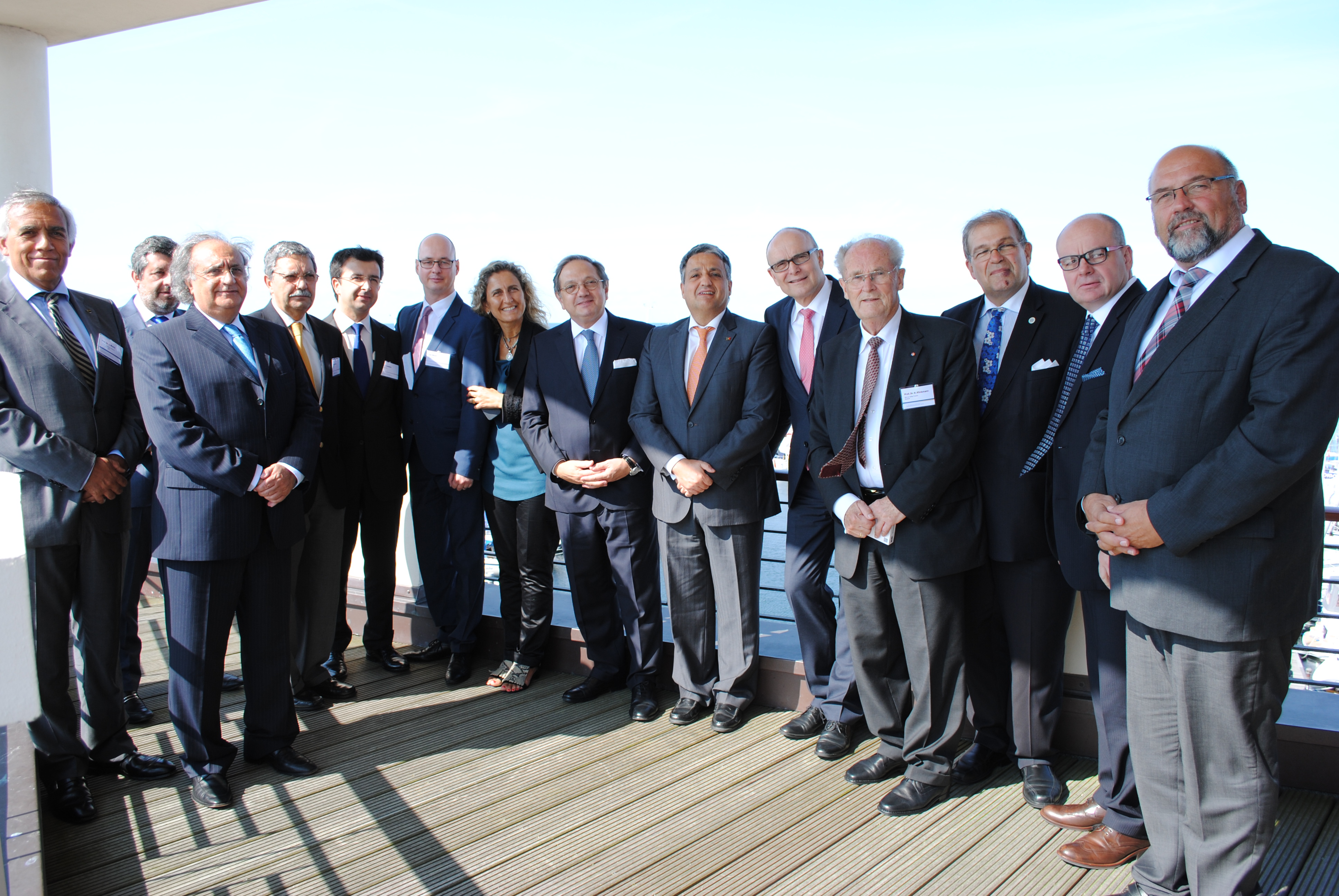 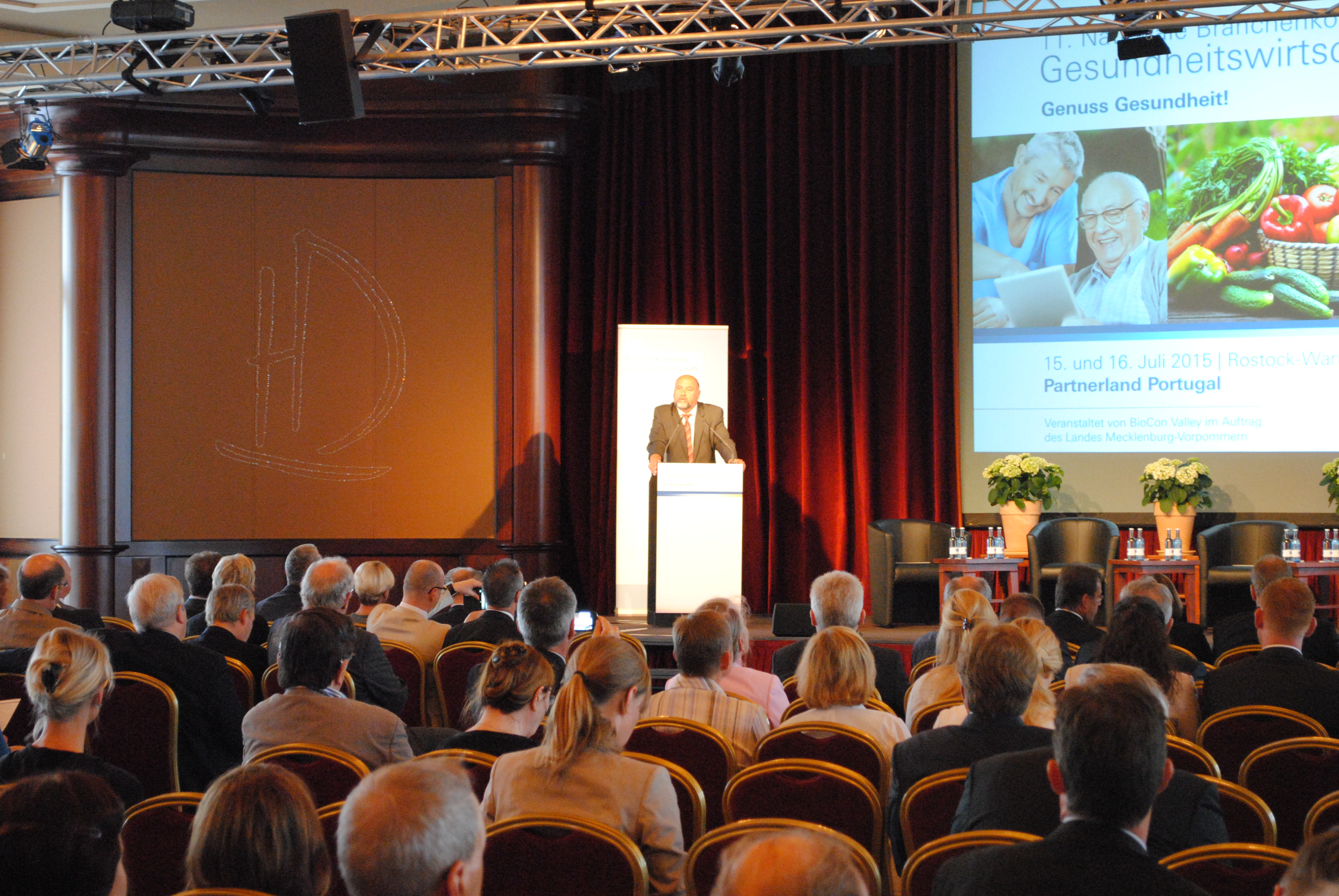 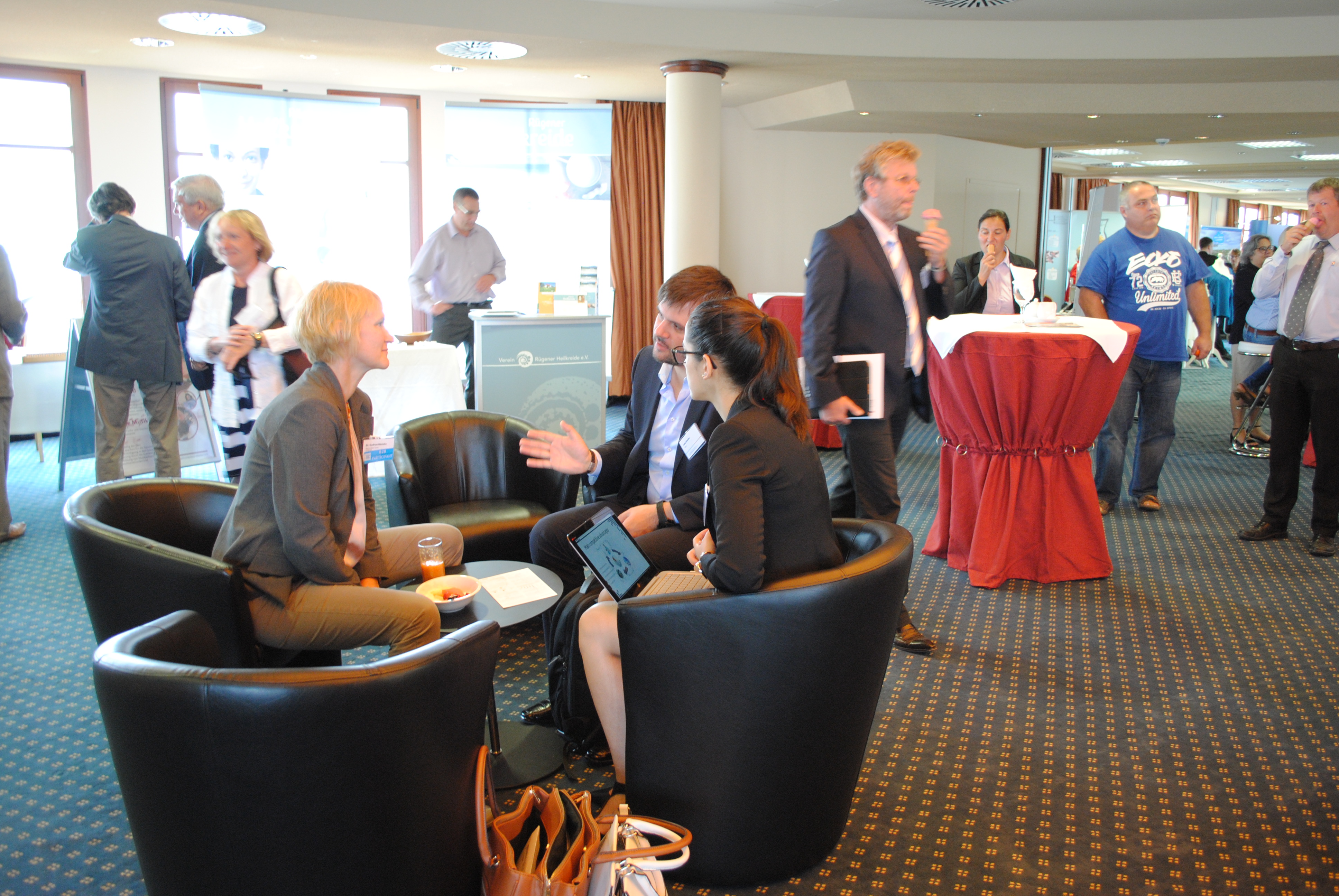 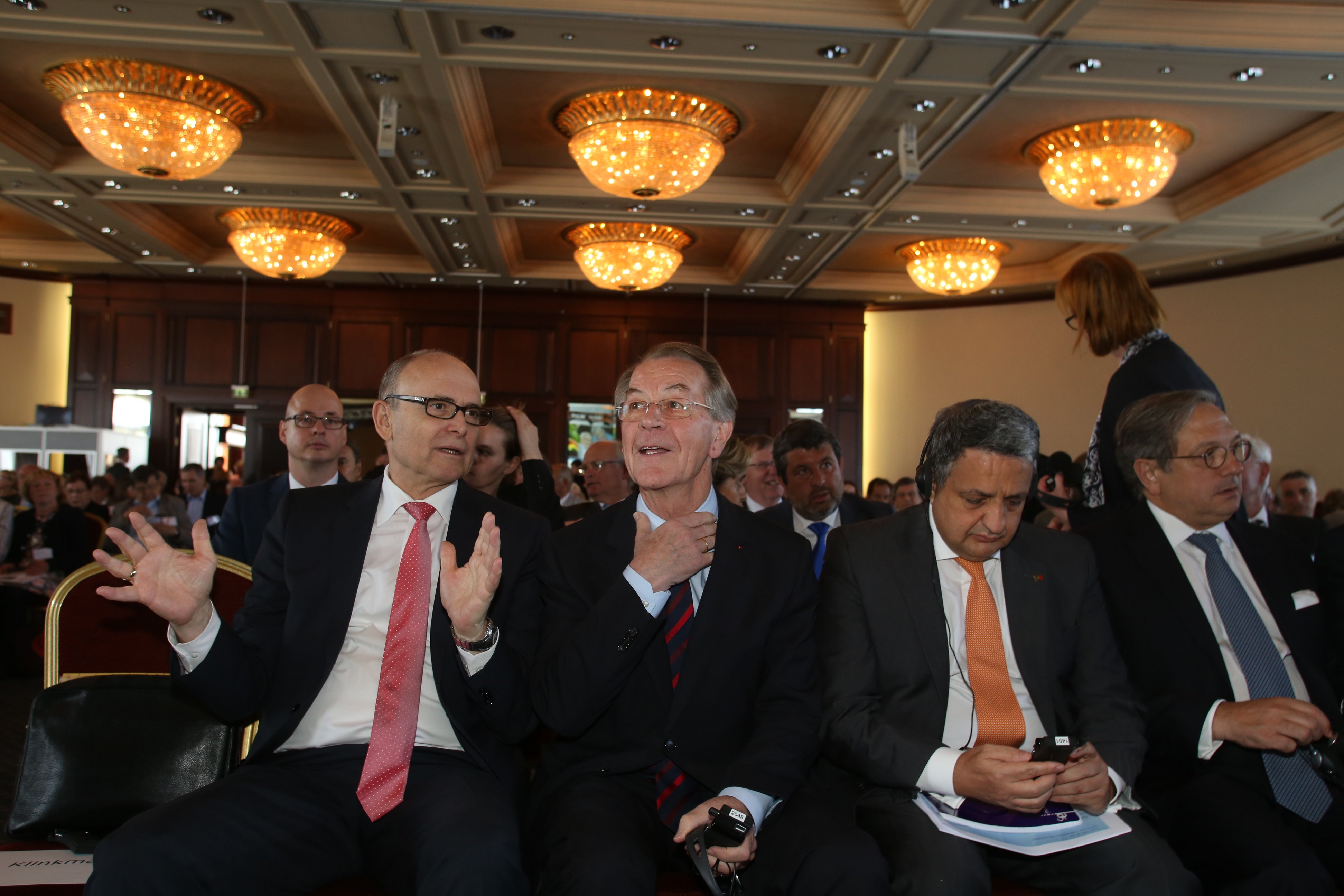 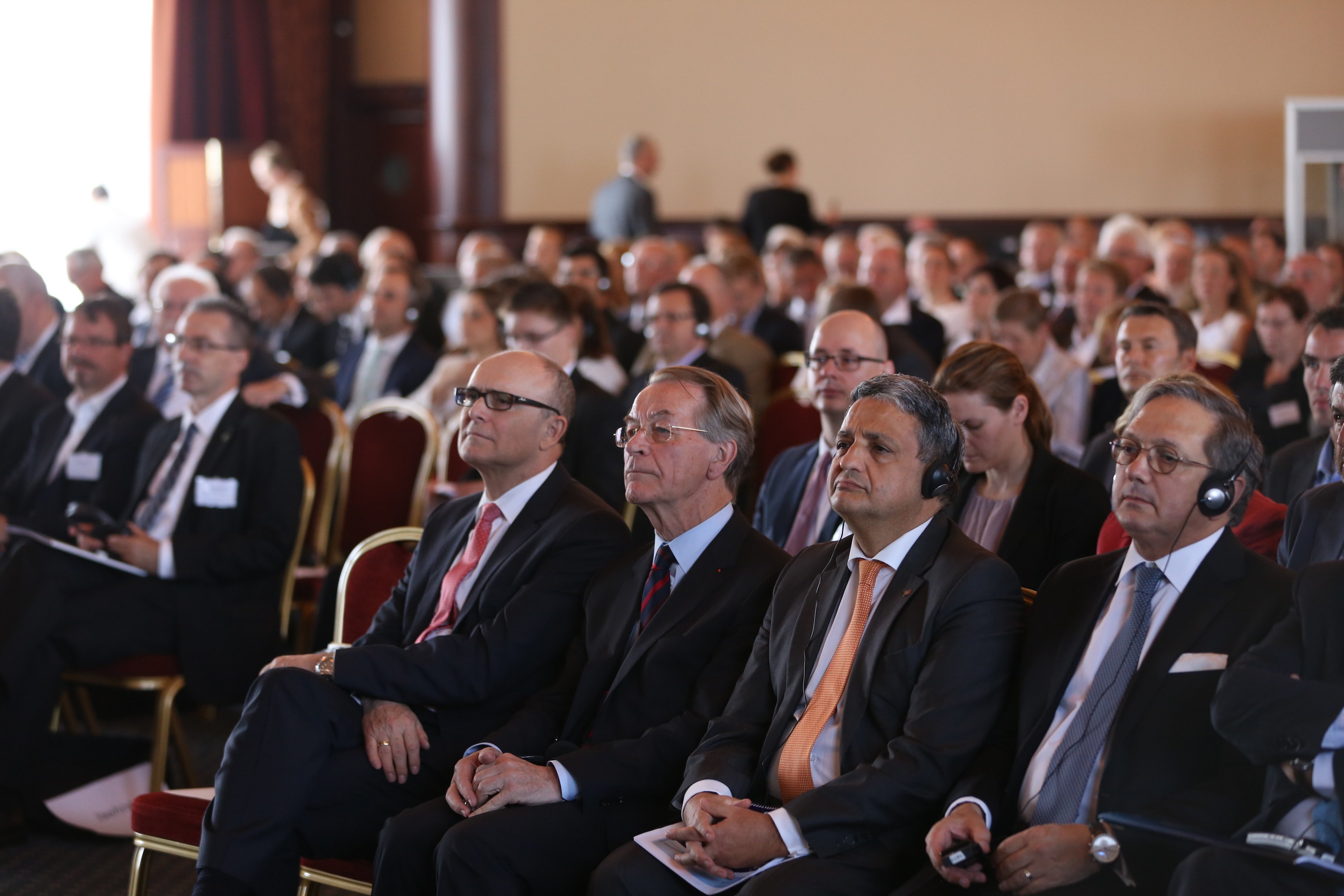 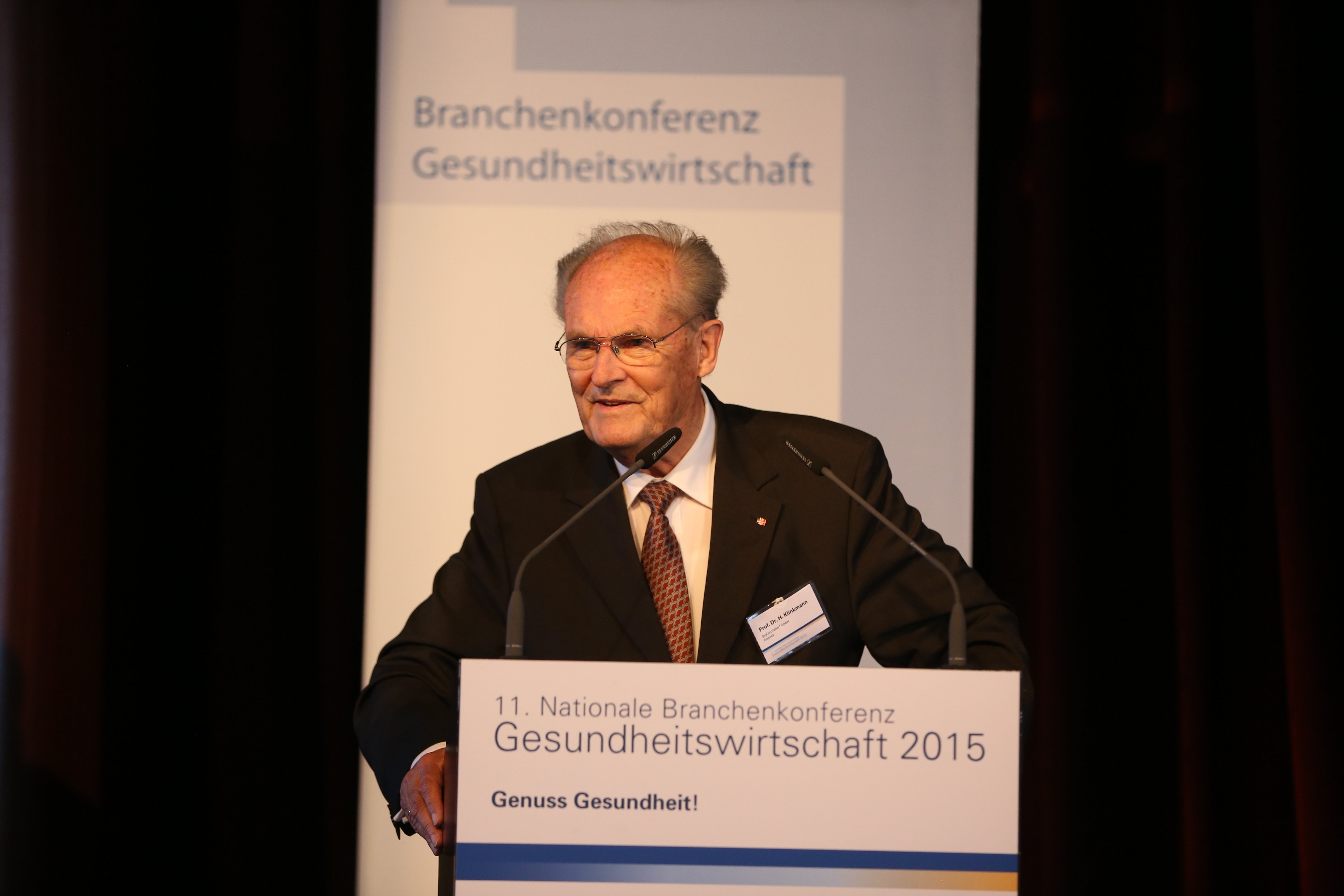 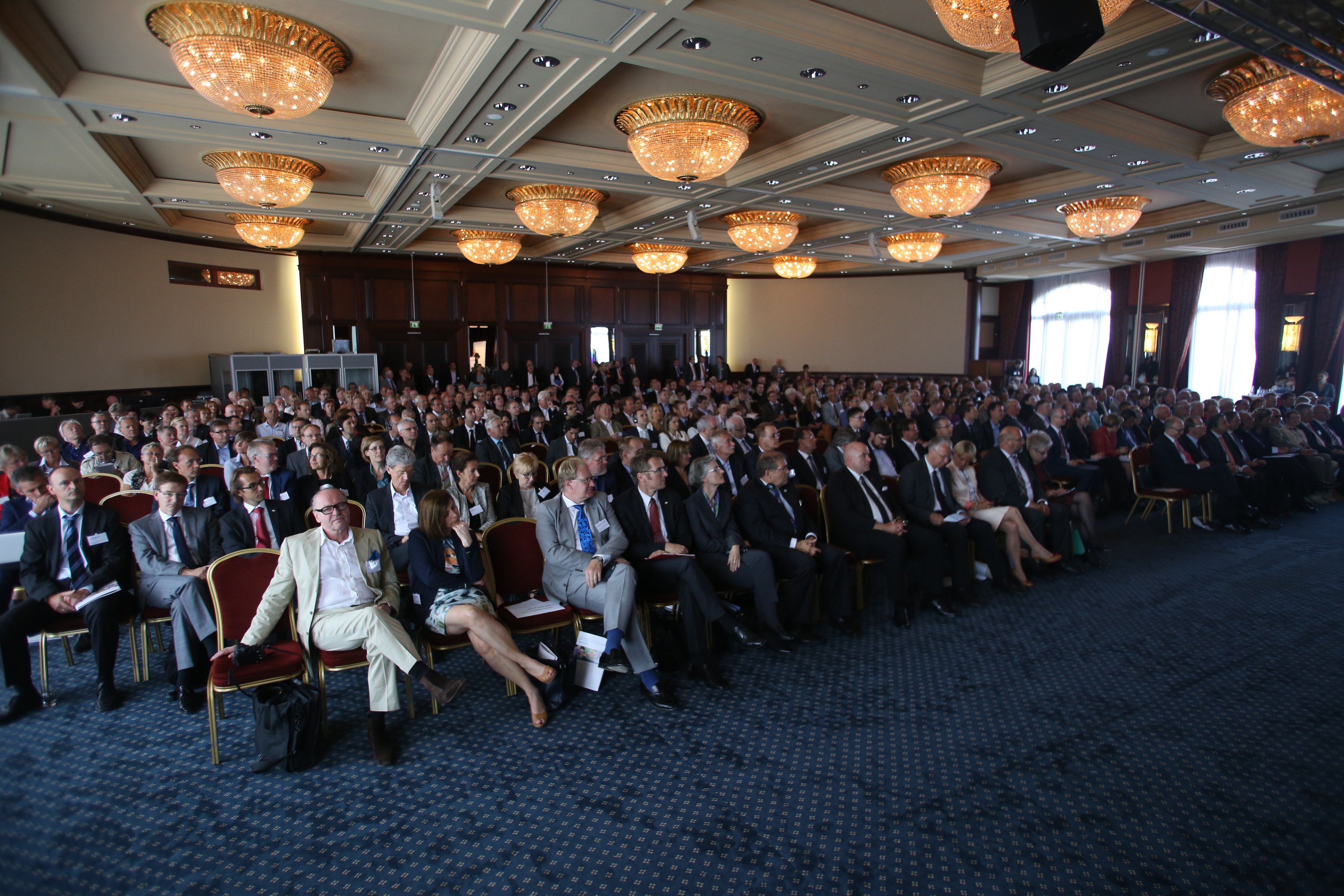 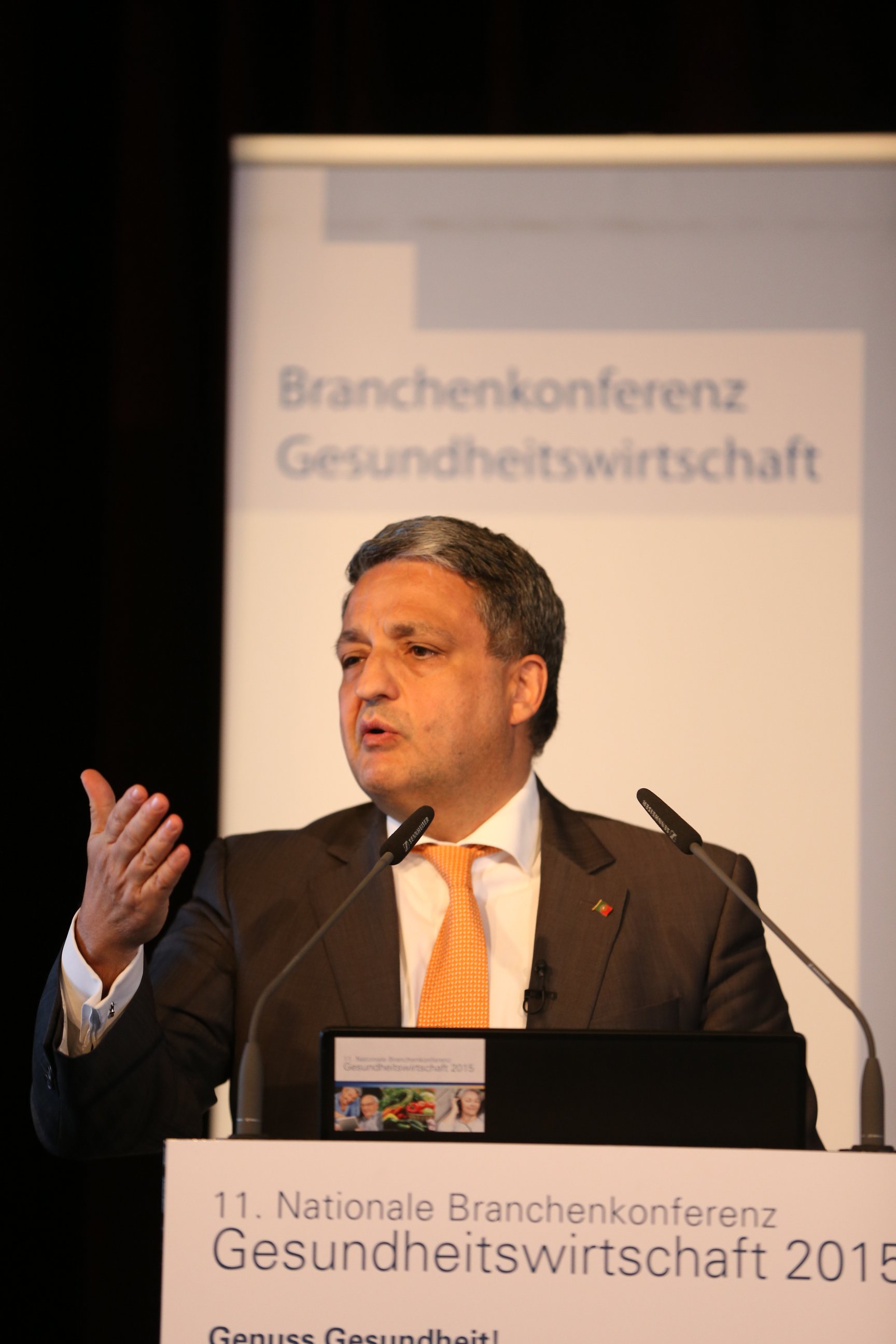 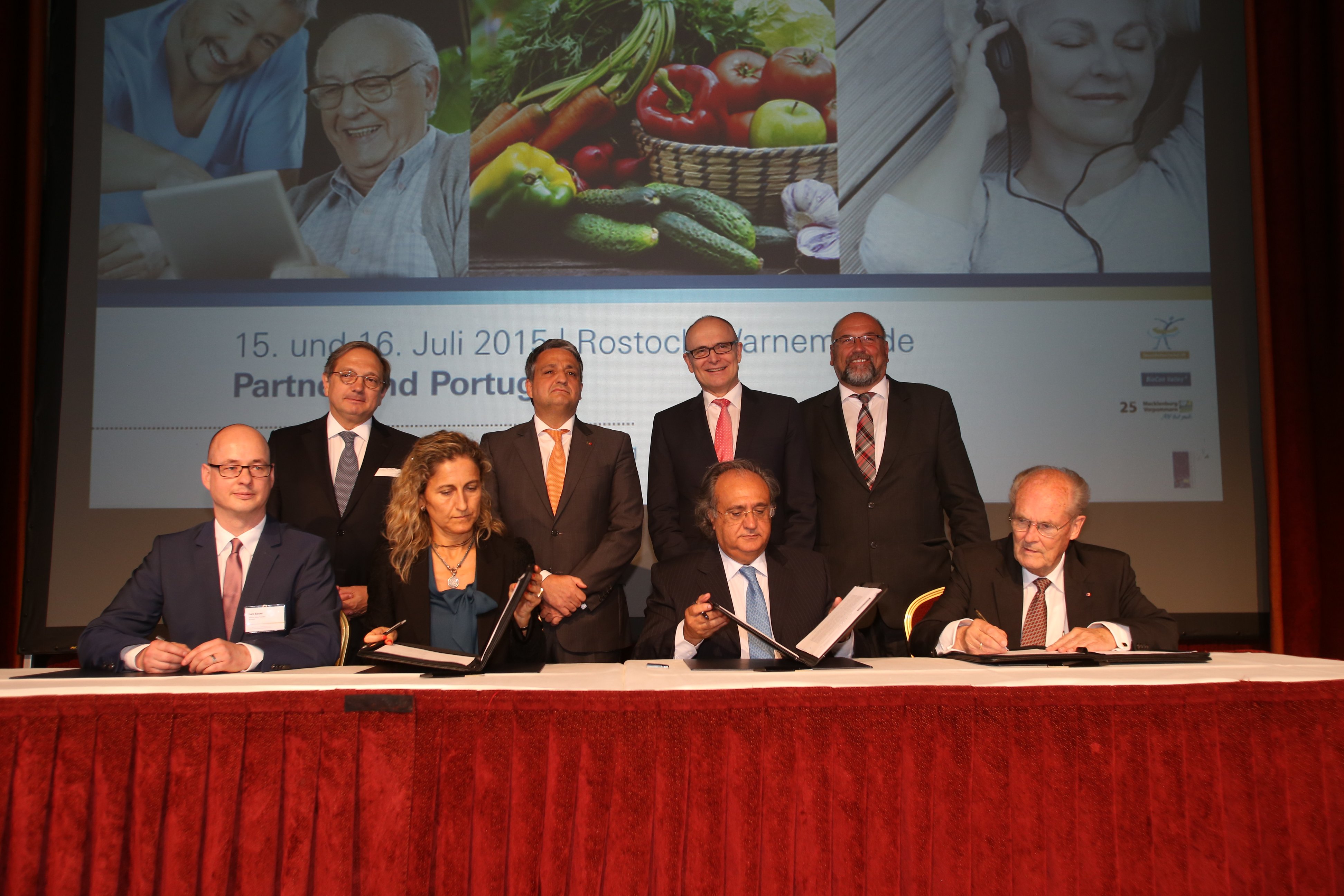 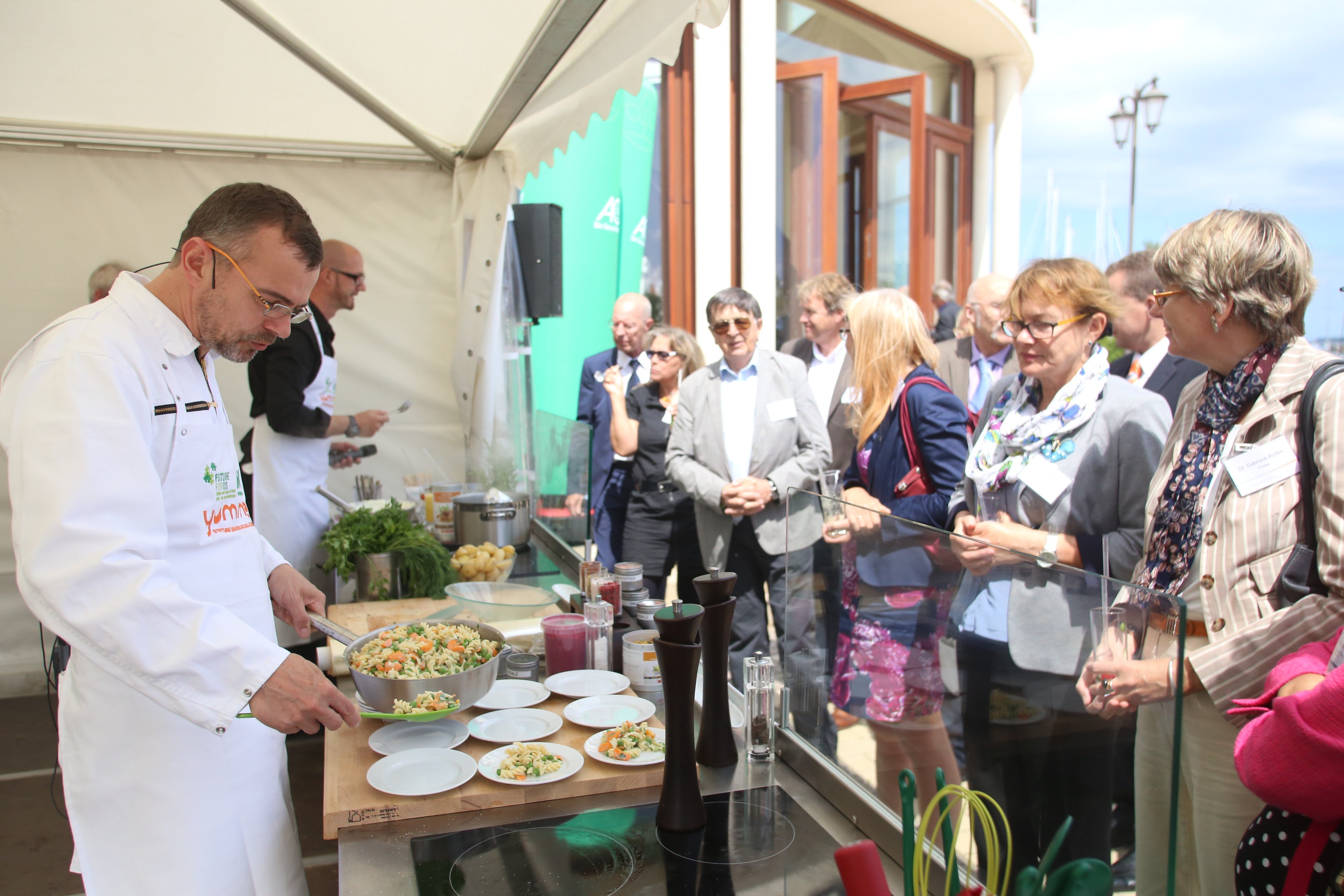 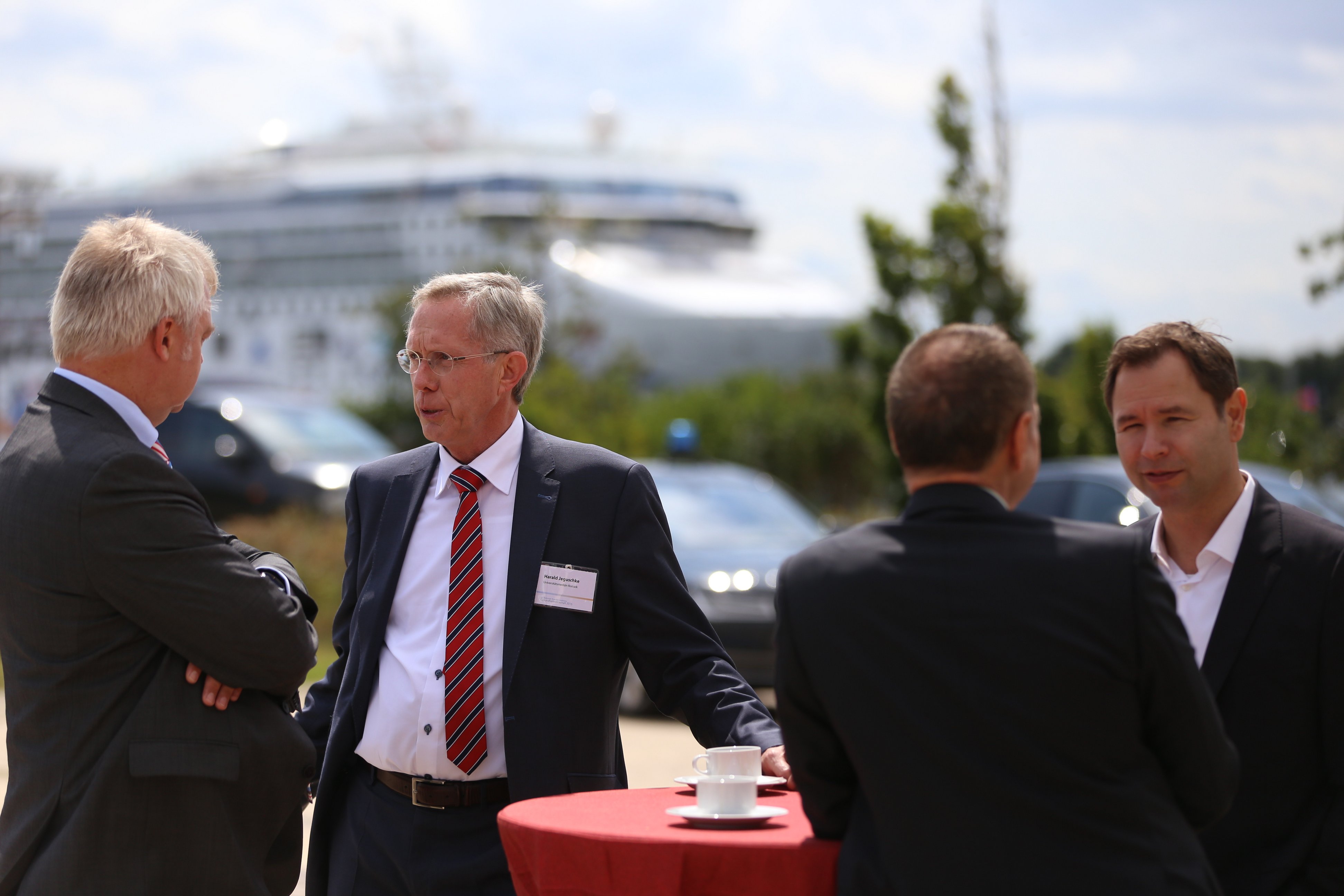 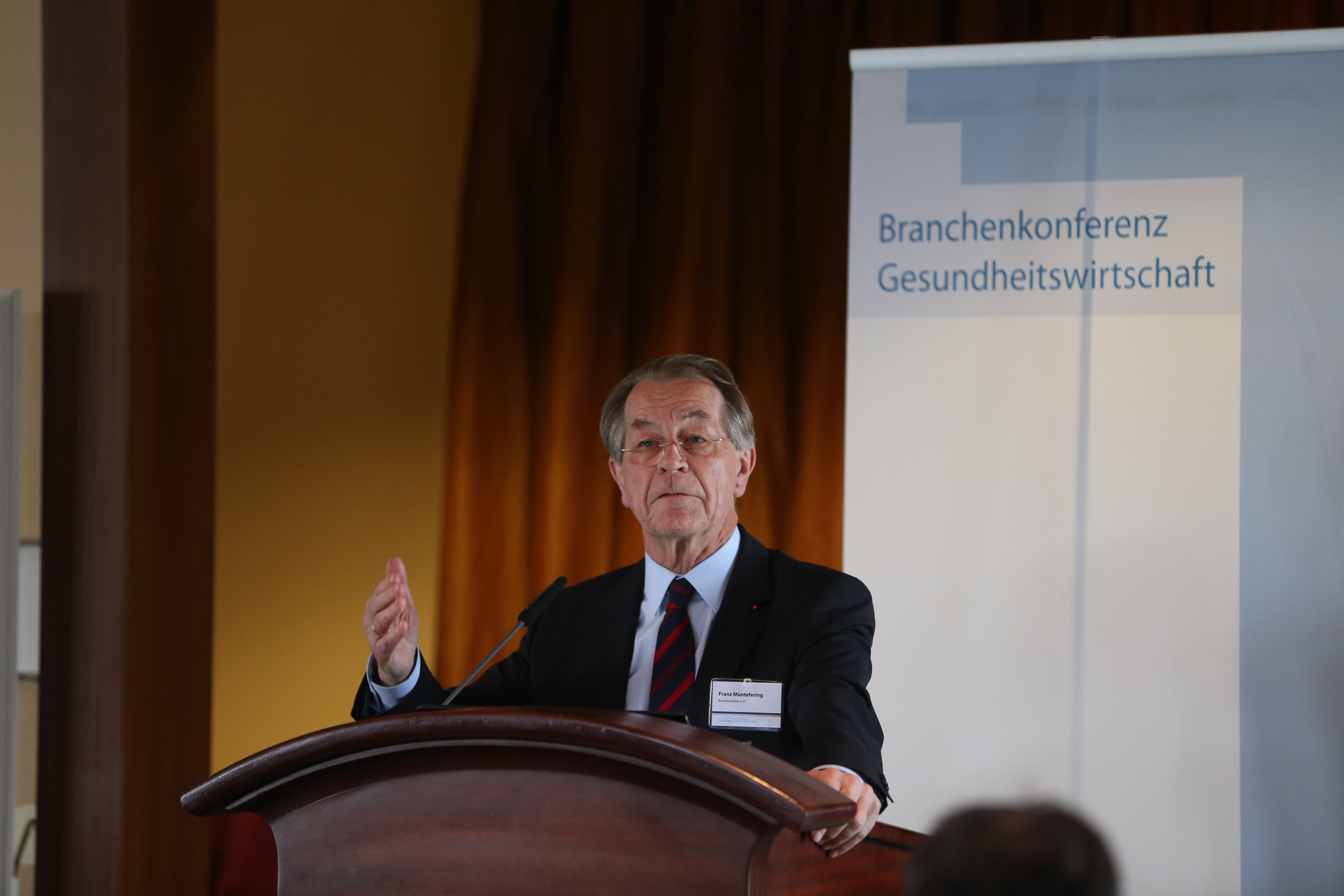 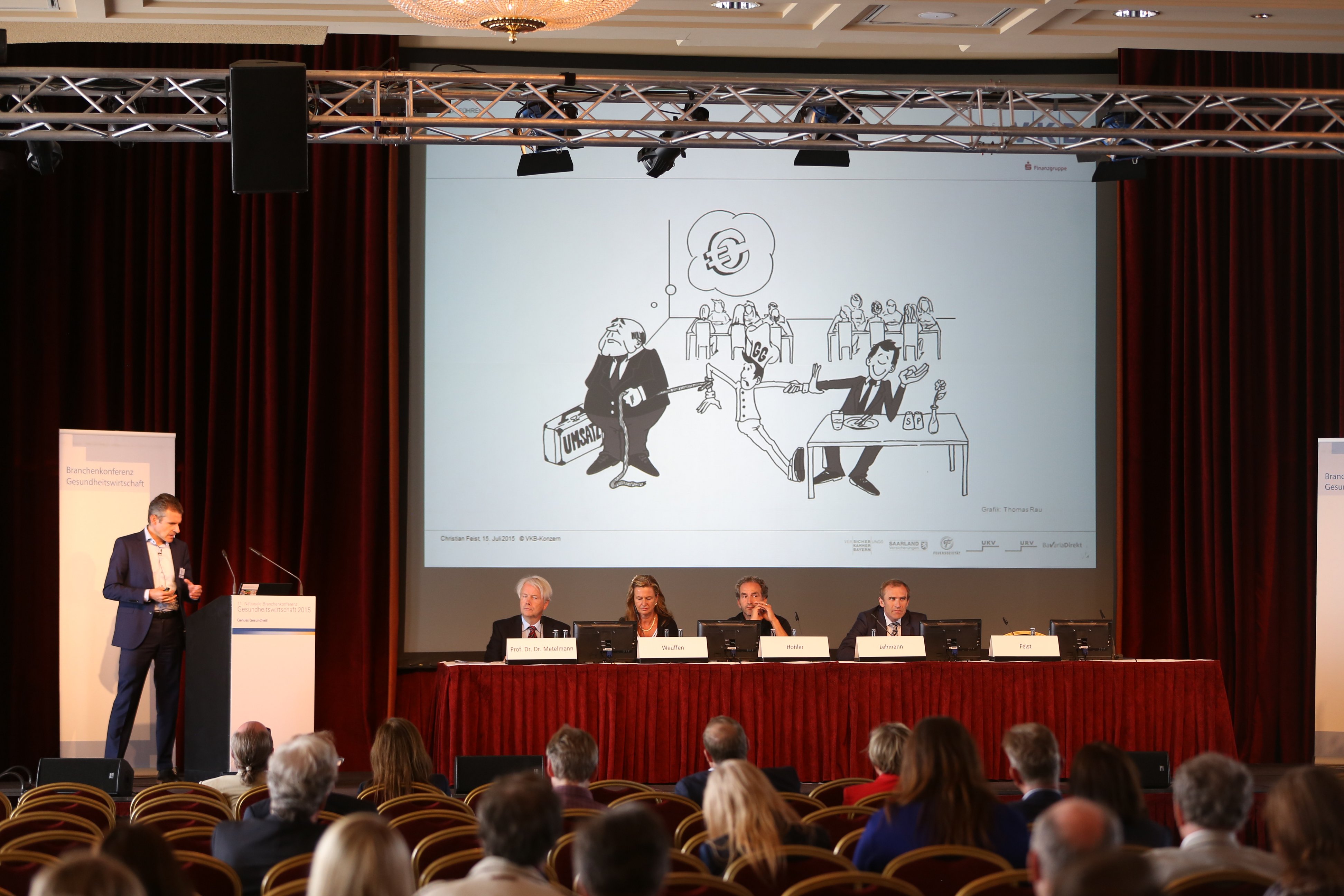 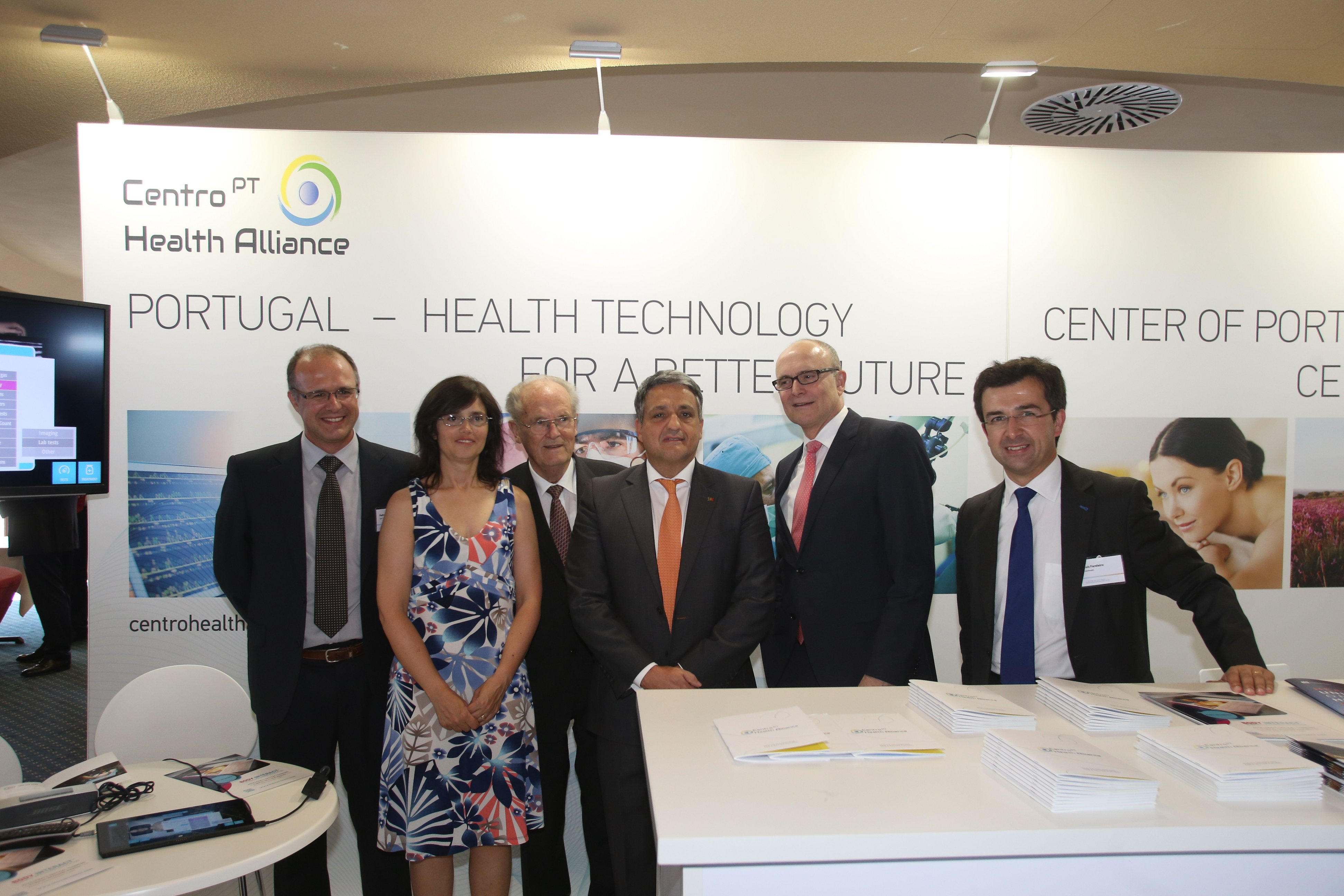 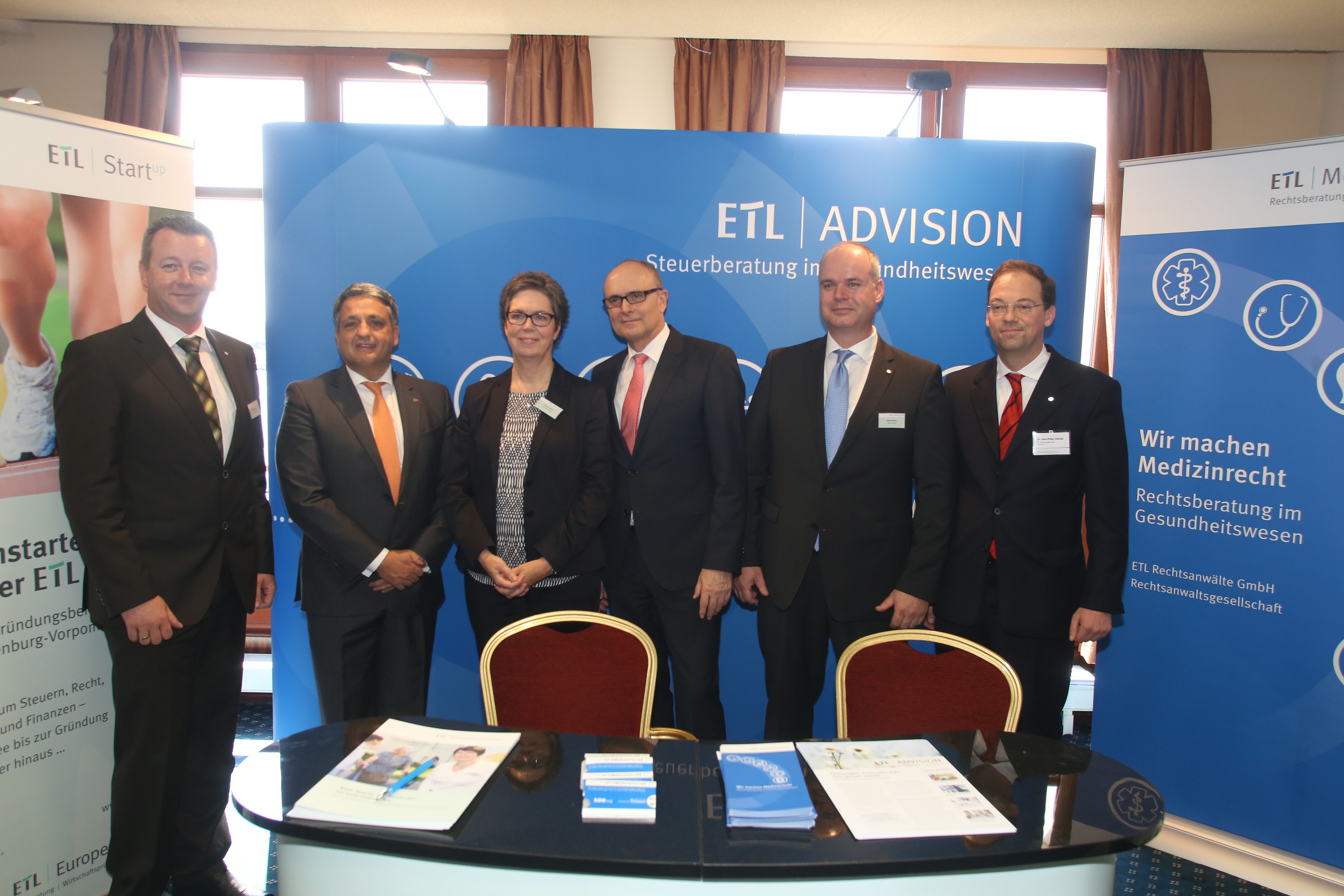 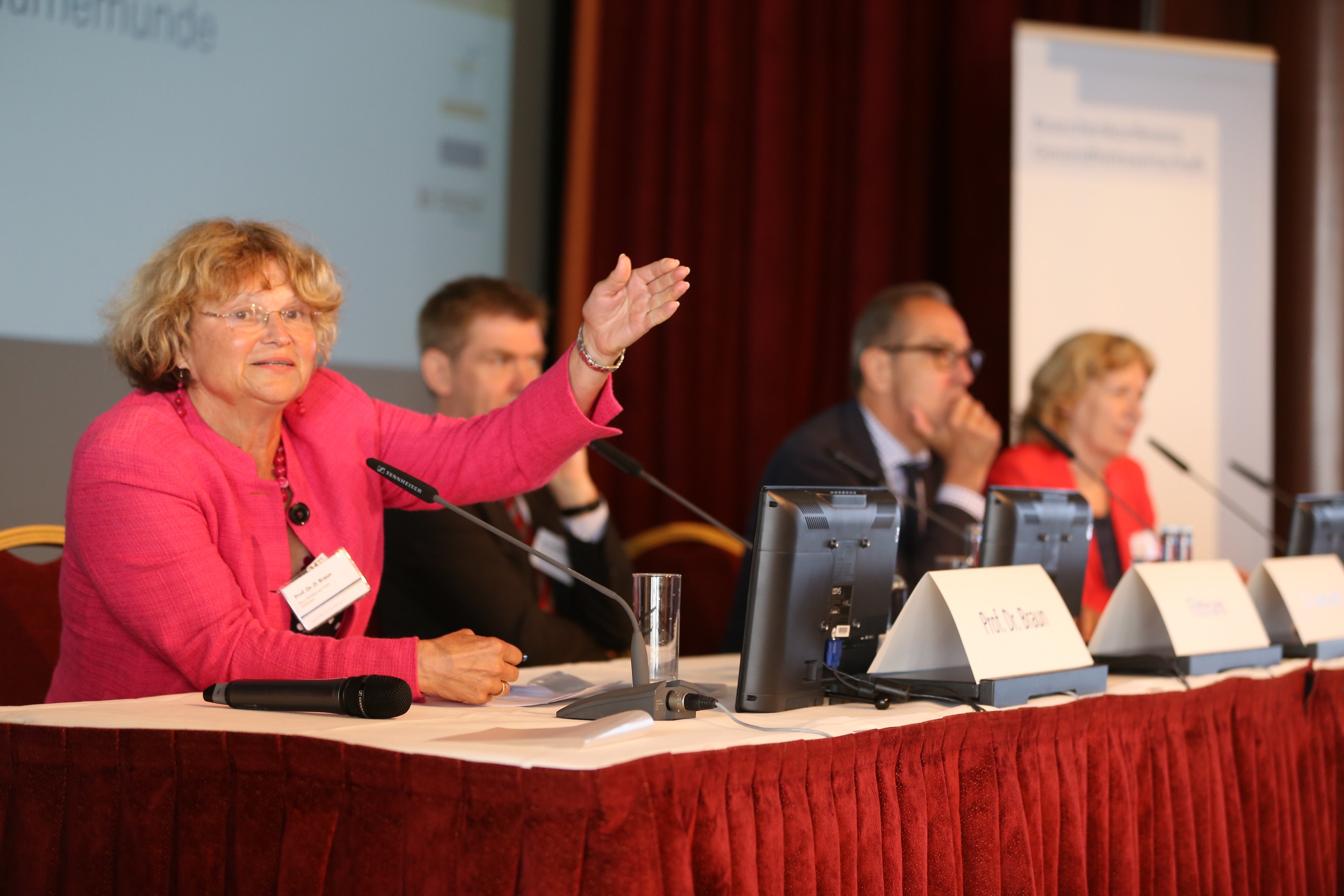 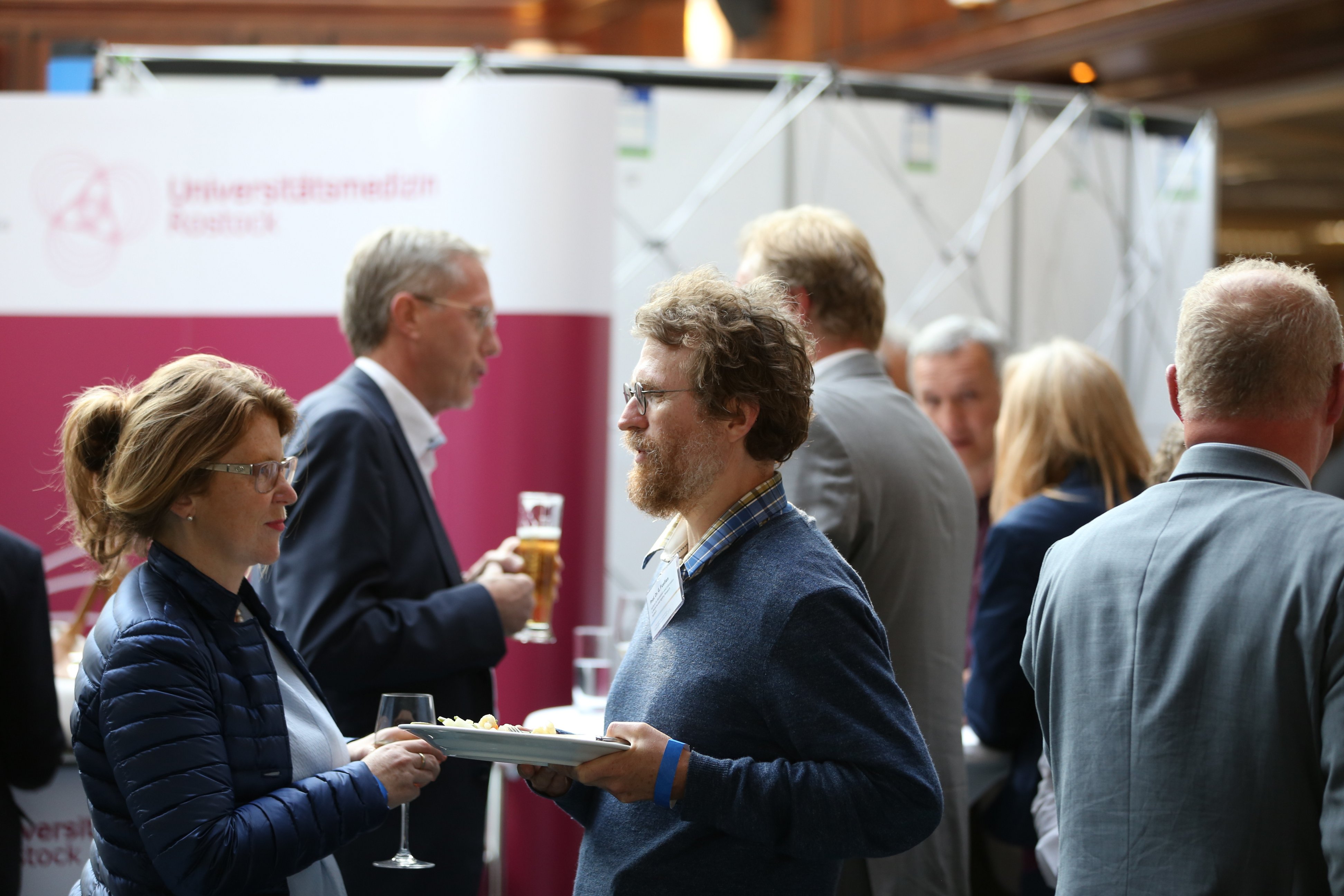 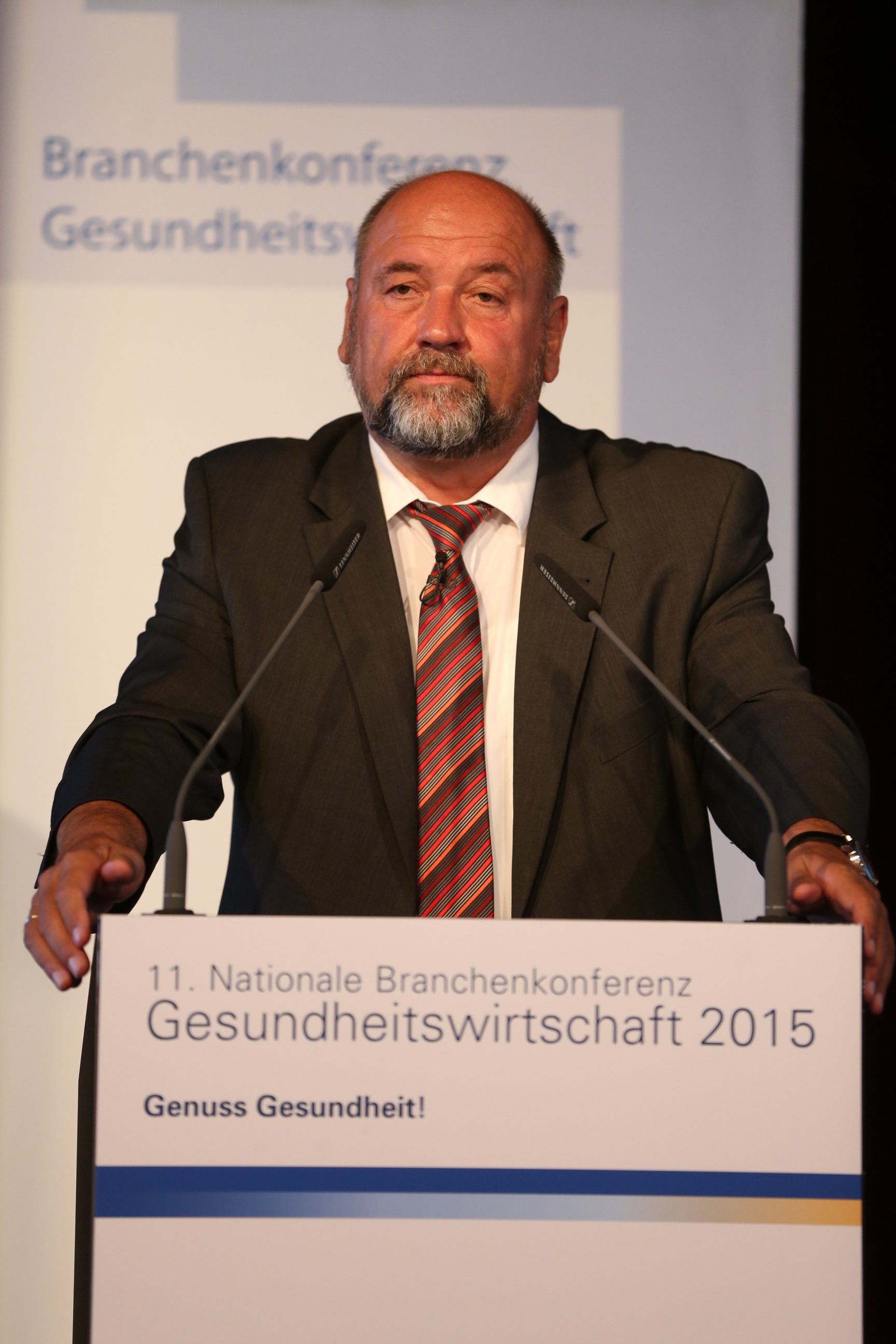 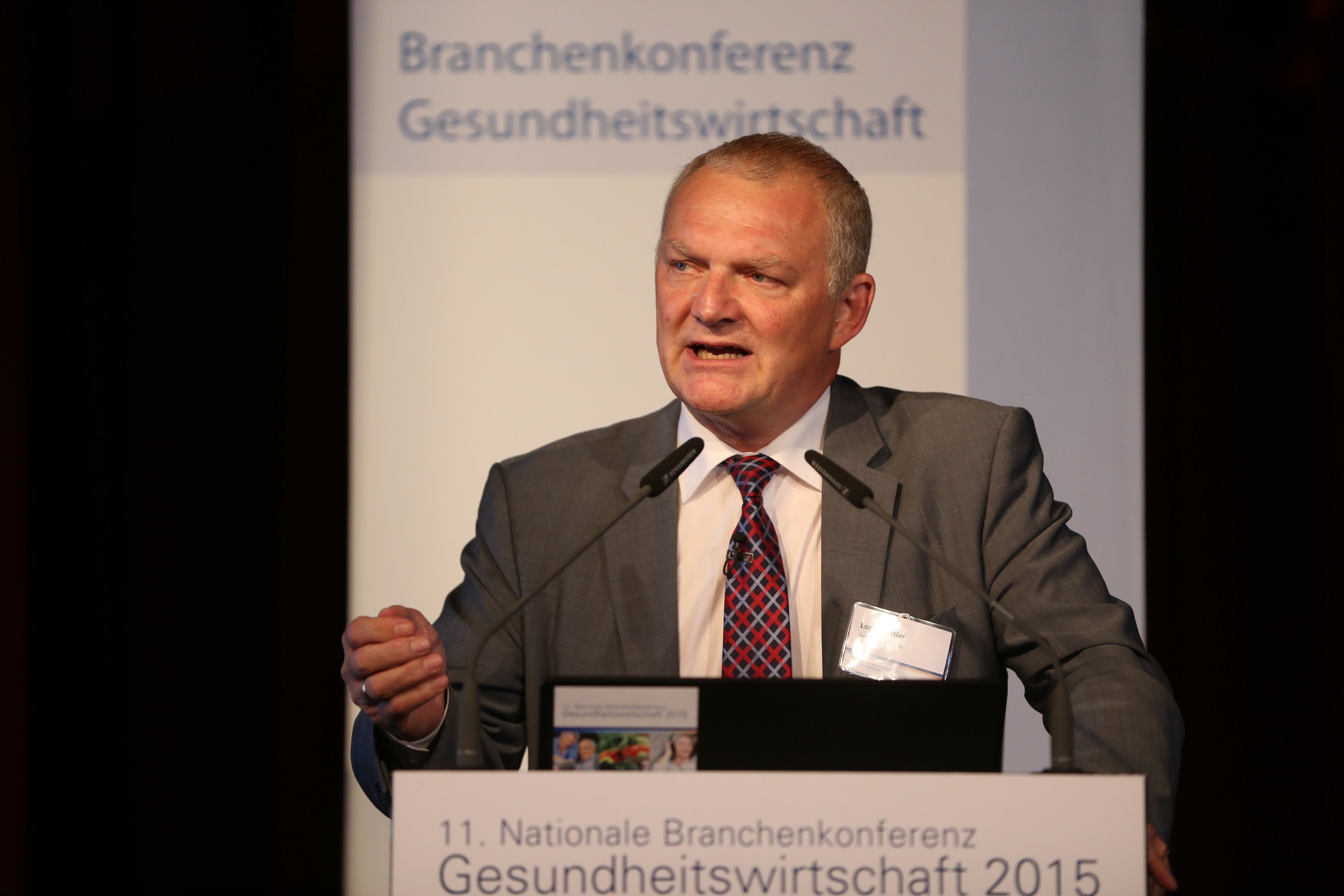 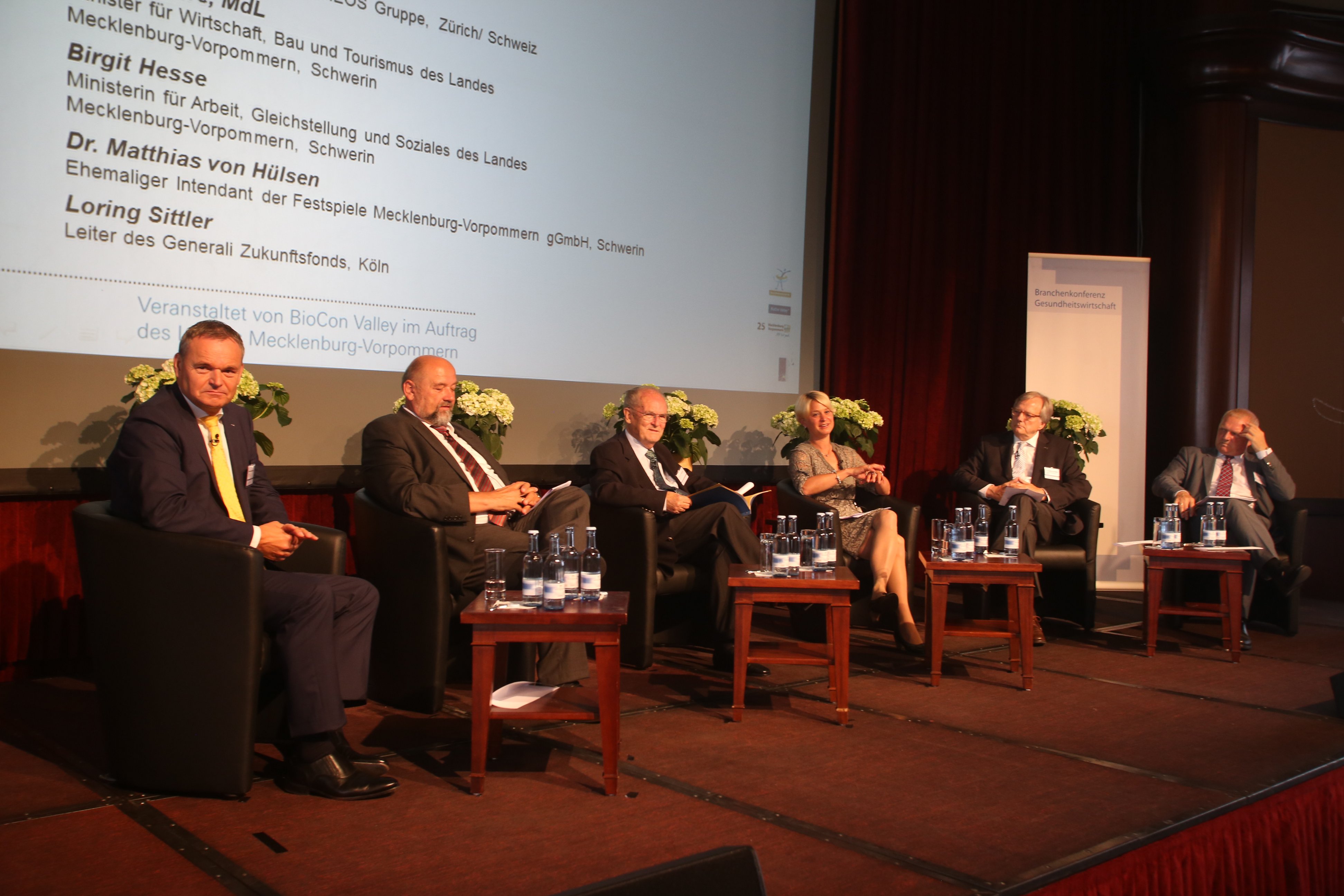 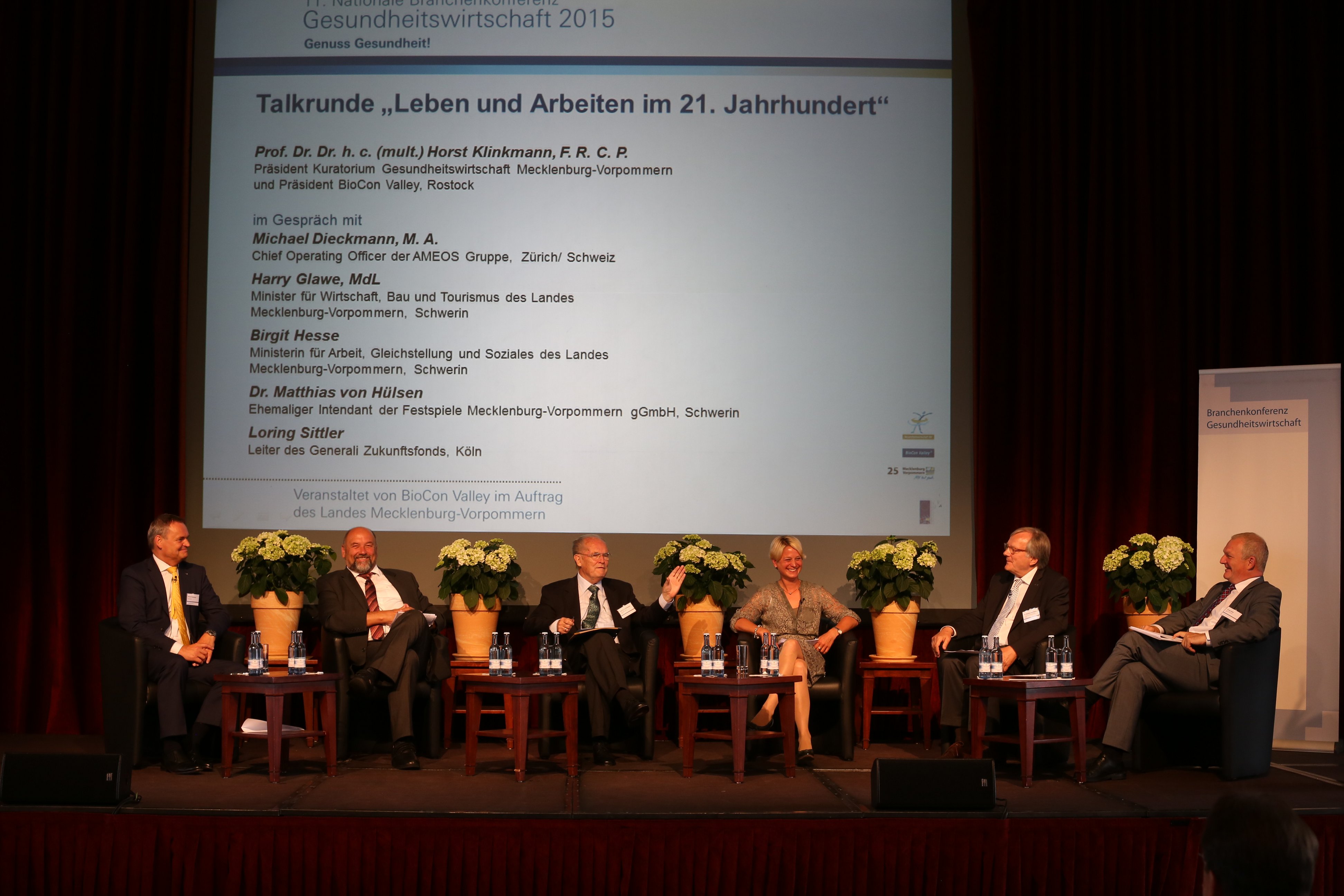 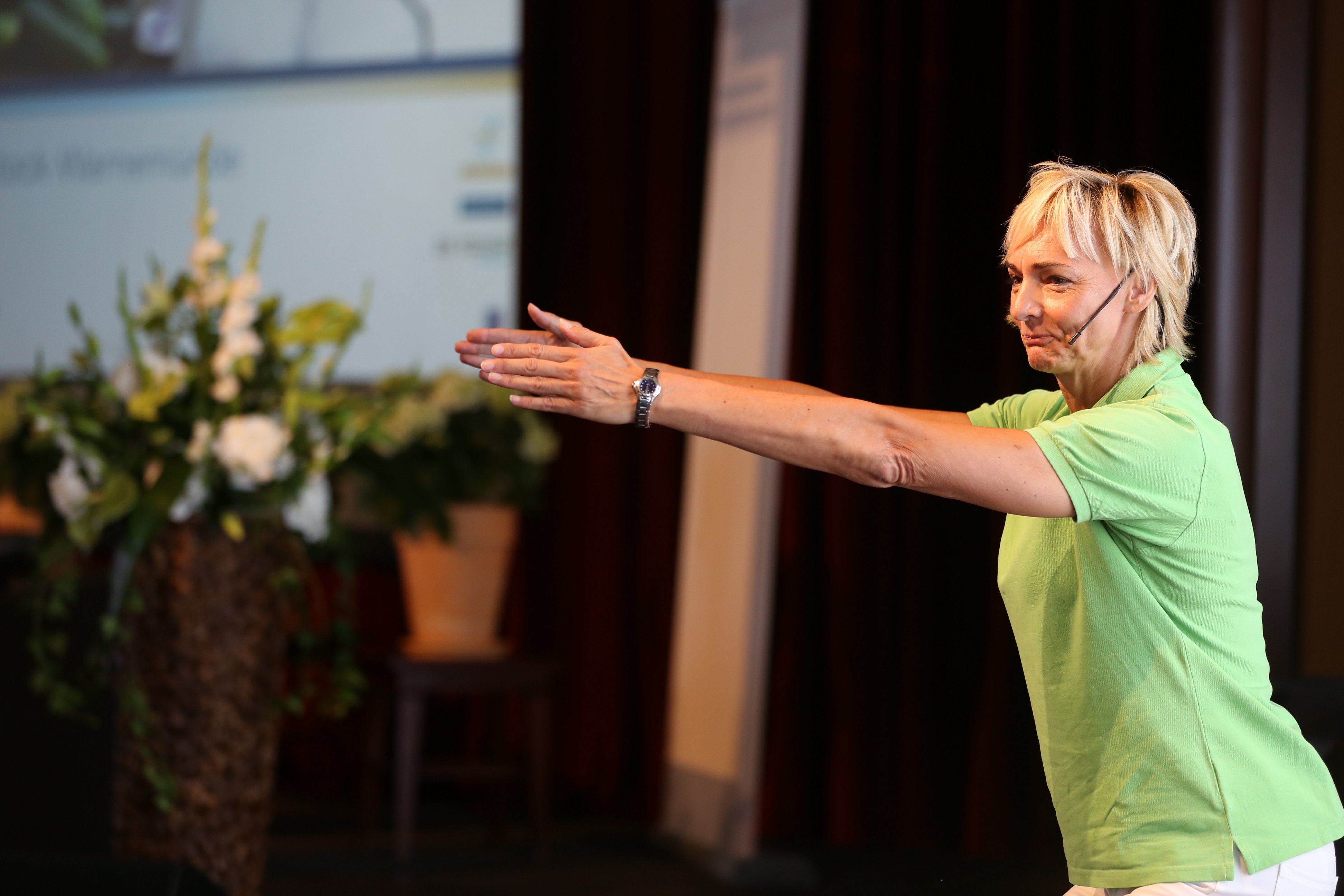 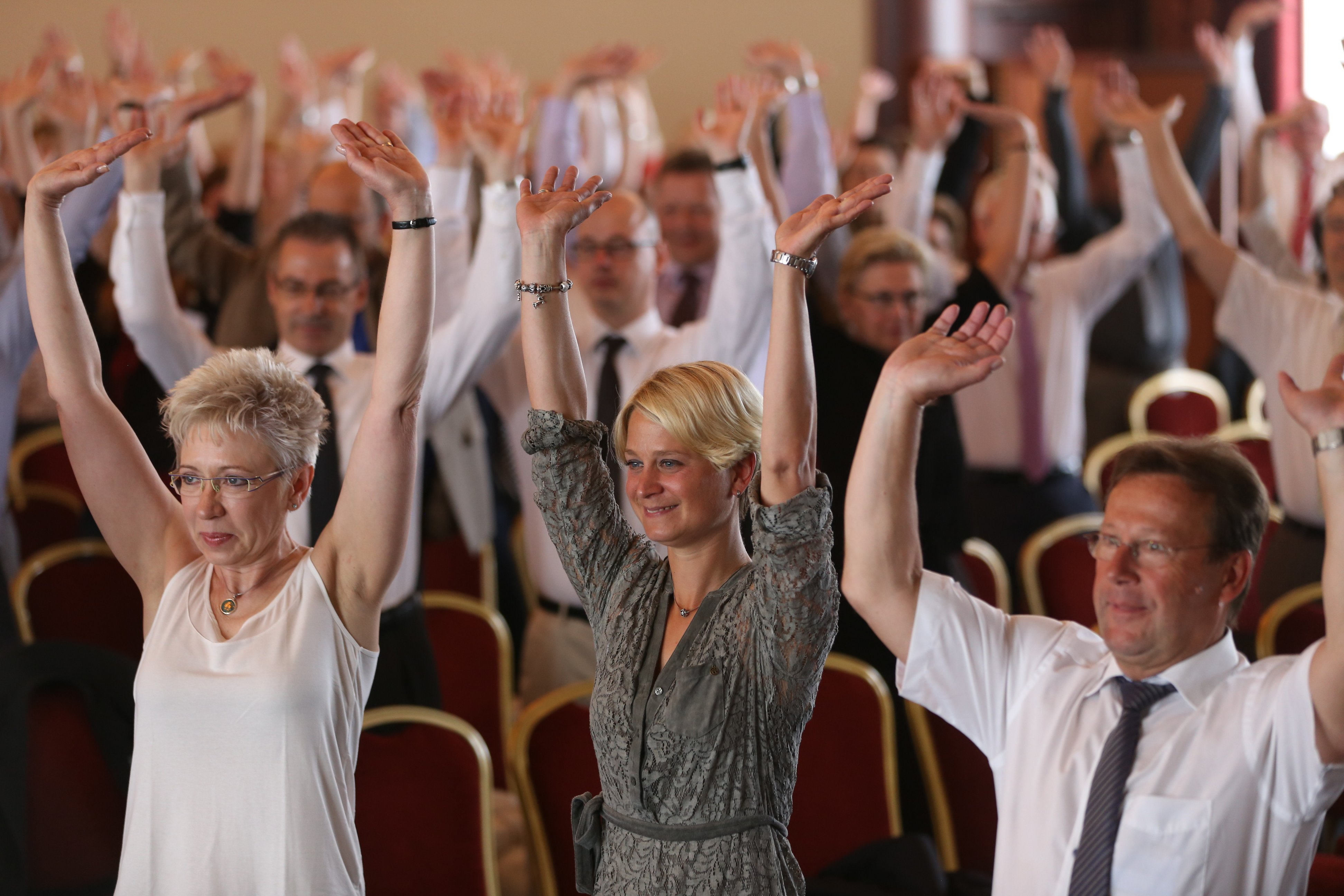 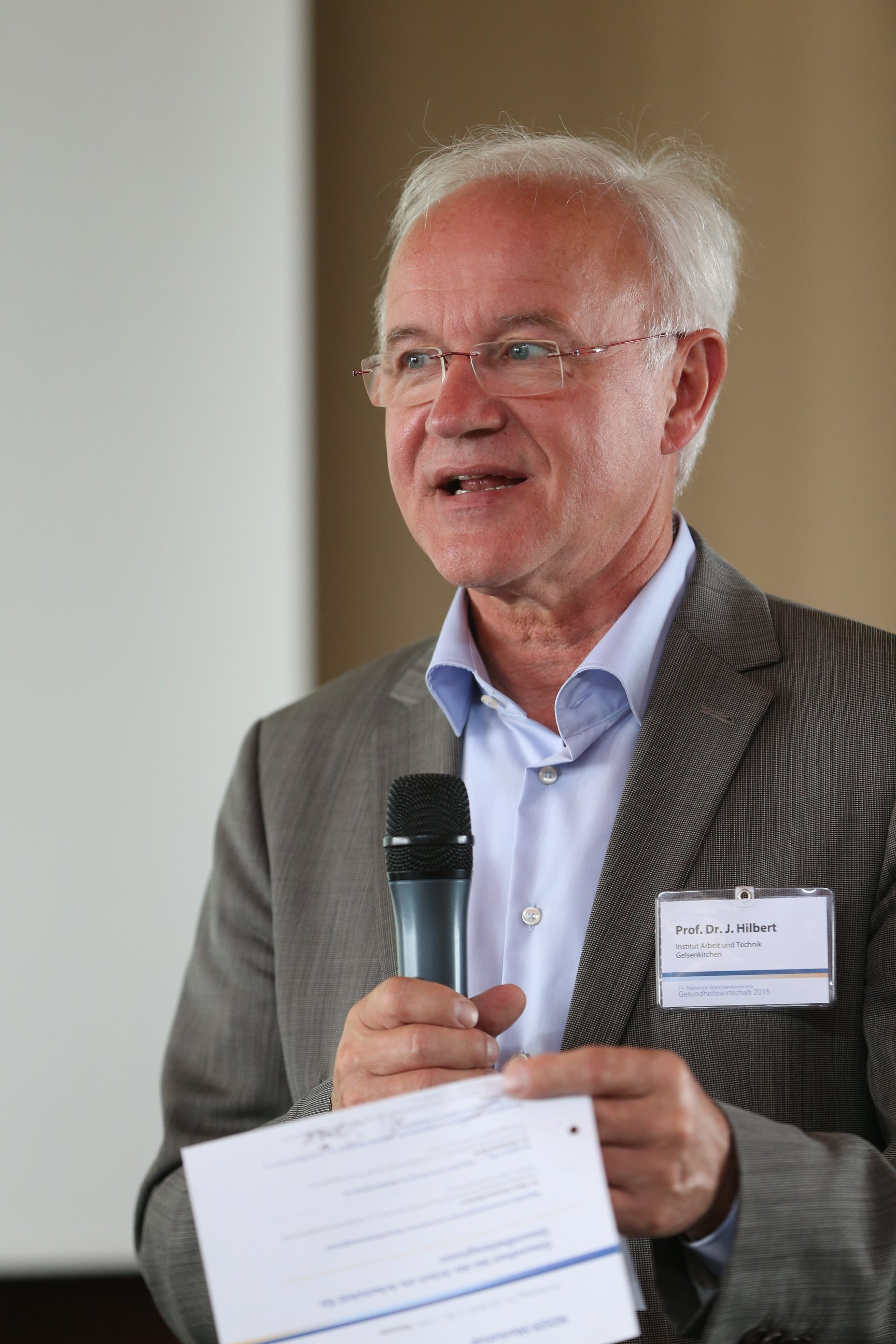 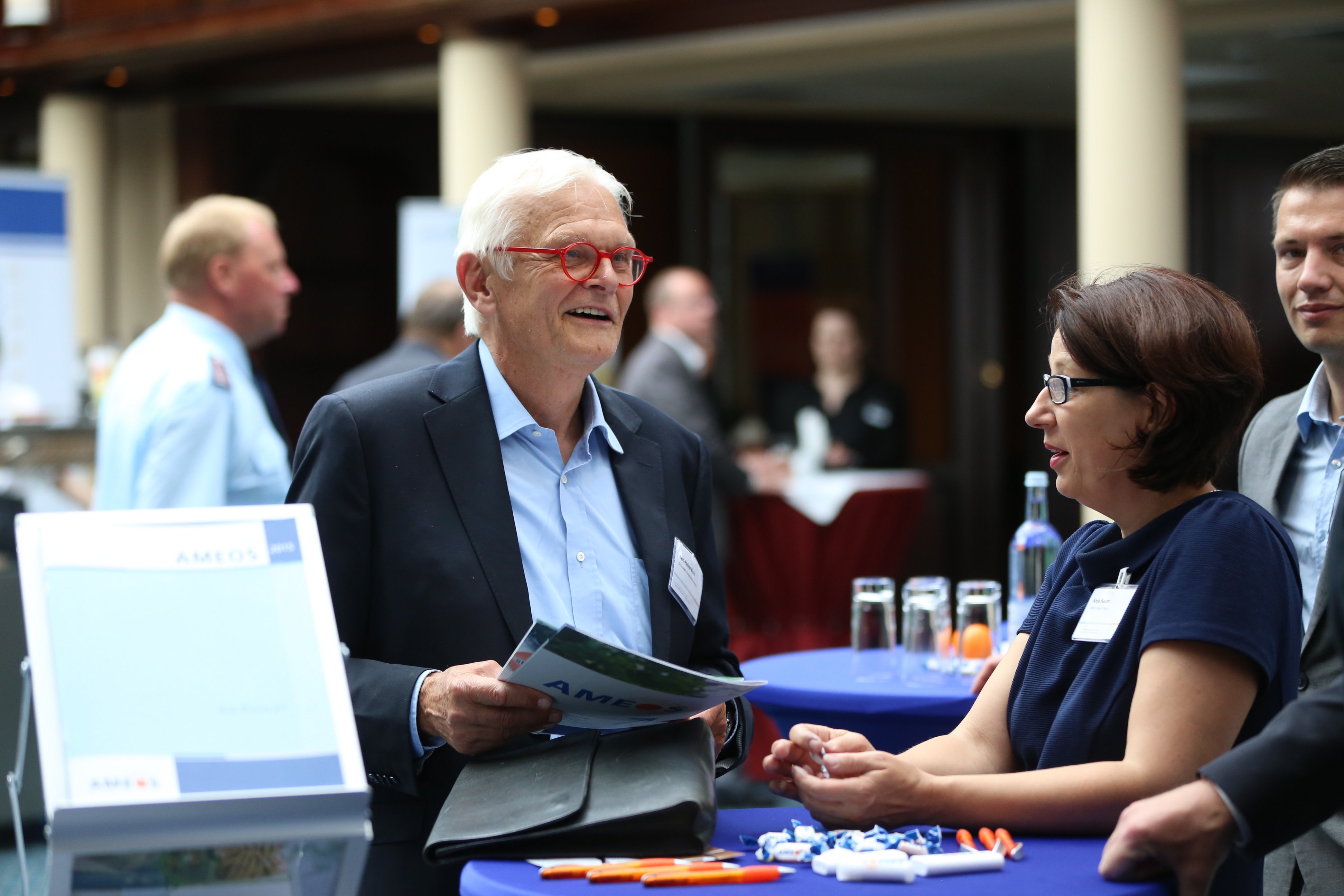 The title of the 11th National Conference on Health Economy was "Enjoy health". The aim was to show that health is the greatest pleasure in our lives and this has been successfully achieved through topics such as "nutrition for health", "healthy longevity" and the "influence of culture on health". It can be summarised that when it comes to prevention offers they are supposed to be pleasant and enjoying for users to enlarge the acceptance and the probability to improve the way of living into a healthier one since the way of living has the major impact on our life expectancy.

Besides the mentioned themes of the conference we focussed on the big topic nutrition which has a siginficant impact on health.

On the first conference day we provided a thematic framework for our partner country Portugal. Next to the Minister of Health Dr. Paulo Macedo and the Ambassador of Portugal from Berlin Luís de Almeida Sampaio a delegation of 30 members from the economy and science industry presented their companies and institutions in workshops and made contact with other participants oft he congress. There have also been various valuable conversations in the „International Matchmaking“ – a platform that is organized by the BioCon Valley® Ltd. in cooperation with the business development company Invest in MV and the Enterprise Europe Network.

The first conference day was also the day of the partner country Portugal. It was a pleasure for us to work with the Portuguese partners.

At the head of the 30-strong economy and science delegation from Portugal were the Minister of Health Dr. Paulo Macedo and the Ambassador of Portugal from Berlin Luís de Almeida Sampaio. The companies and institutions presented themselves in a workshop of the partner country and established contacts among the congress participants. There were numerous intensive discussions in the „International Matchmaking“, which BioCon Valley® GmbH organized in cooperation with the business development company Invest in MV and the Enterprise Europe Network. Cooperations can take place in particular between the universities of our country and the universities of central Portugal. In conclusion there is potential for cooperations between the universities of central Portugel and the universities of ours.

The second day of the conference was dedicated to the topics „healthy longevity“ and „living an working in the 21st century“. Loring Sittler, head of the Generali Future Fund, has given important impulses on these topics. He presented the Generali age study and made clear that the picture we have of the older generation is out of date.

„It was the last conference led by Professor Dr. Dr. h.c. (mult.) Horst Klinkmann. The physician has one large part in the success of the National Conference on Health Economy and in the development of healthcare economy overall. Thank you very much! "Erwin Sellering, Prime Minister of the State of Mecklenburg-Western Pomerania.

Portugal and "Enjoyment Health" - that doesn't just fit at first glance. The conference was the start of an intensive exchange between the Coimbra region in Portugal and Mecklenburg-Vorpommern. In the presence of the Portuguese Minister of Health Dr. Paulo Macedo, Ambassador Luís de Almeida Sampaio, Prime Minister Erwin Sellering and Minister of Economic Affairs Harry Glawe, a declaration of intent for international cooperation between the Portuguese health region Coimbra and BioCon Valley® GmbH was signed by Dr. José Martins Nunes, Chairman of the Board of Coimbra Hospital and University Centre in Portugal and Ana Abrunhosa, President of the Centro Coordination and Regional Development Commission together with Prof. Dr. Dr. h. c. (mult.) Horst Klinkmann, President of BioCon Valley® GmbH, and Lars Bauer as Managing Director of BioCon Valley® GmbH.

As representative of this year's partner country of the National Conference on Health Economics, Dr. José Martins Nunes presented the health economic region Coimbra in his keynote speech. With 143,000 inhabitants, including around 30,000 students, the Portuguese university city enriches the region with its hospital, the largest in Portugal, and one of the oldest universities in Europe.

The Portuguese Minister of Health, Dr. Paulo Macedo, brought along 15 representatives of companies in addition to various university professors to look for partners in Mecklenburg-Western Pomerania. In a separate symposium with a total of 50 companies and research institutions from seven nations, the aim was to find future paths for the already good cooperation between European institutions.